Notable studies of the Hocking River occurred in August 1948, August 1950, and June of 1956 to determine what improvements for flood control, water conservation, domestic water use and allied purposes at and in the vicinity of Athens, Ohio were advisable at that time. There was also a study of the Coolville area for the possibility of commercial navigation to the mouth of the Hocking River in 1889. Dating back to 1888 the Hocking Valley Watershed has had numerous reports, studies and mapping of the Hocking river and its tributaries conducted to review the need for navigation, dams and reservoirs, along with any channel improvements that would reduce flooding. 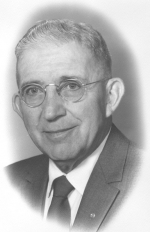 Historic storms and major damaging floods occurred throughout the 20th  century and notable during the 60’s with floods in 1963, 1964, and 1968.  The highest flood of record for the Hocking River occurred on March 13, 1907. In Athens the 1907 flood reached a crest stage of 26.7 feet. As a result of the loss of life, the millions of dollars in damages, and the impacts of flooding an organization was formed to promote the formation of a Conservancy District which would lead the way for flood reduction projects. This organization prayed for the organization of a Conservancy District to promote the public safety, health, convenience and welfare within the District. Pursuant to this hearing, the Court ordered the creation and incorporation of the Hocking Conservancy District on December 13, 1963.

The role of the District will be to expedite the authorization and subsequent construction of reservoir projects that the Federal Government now finances under existing law; to seek Federal and/or State contributions to reservoir projects which could be built by the District; to construct and finance local flood protection projects, not eligible for Federal aid but for which the affected people are willing to pay; to be the local cooperating agency required for local protection and other types of Federal projects constructed by the Federal Government; and to operate and maintain these projects.

The Official Plan for the Hocking Conservancy District was adopted in June of 1965, and included only those projects that were justified at the time. One of the projects was The Athens Local Protection Project (ALPP) and was completed in 1972. The ALPP was constructed in cooperation with the United States Army Corps of Engineers at a cost of  $10 million of federal, state and local funds. The Corps of Engineers track the value of flood damages prevented since the project was constructed and as of 2010 the ALPP has prevented over $180 million in damages.